Round Two of the Praga Cup came to Cheshire on Saturday 2nd April with Tommy Foster and Miles Lacey winning an eventful race at Oulton Park. After starting on pole, following a blistering qualifying lap from Foster (1:31.278), the duo – running under Idola Motorsport colours – led for most of the hour-long race with Lacey bringing the car home for the team’s first win of the season.

Praga Guest Drivers Jimmy Broadbent and Gordie Mutch briefly led, with Broadbent under-cutting Lacey at the driver change pit stop, but ultimately finished second, securing a double podium for the Idola Motorsport team. Meanwhile, Charles Hall and Scott Mittell continued their strong start to the championship with a hard-fought third, and in doing so, took the lead in the Praga Cup standings for Mittell Cars.

A dramatic start to the delayed hour-long race at Oulton Park saw some of the field going three-wide on the run into Old Hall Corner. This move saw cars 4, 77 and 28 spin off, and the safety car deployed to allow Marshalls to repair the tyre barrier. The crash was to ultimately end the race for the Raw Motorsport (4) and Tim Gray Motorsport (28) cars.

At the restart, Tommy Foster led in the 53 Idola Motorsport car, followed by Praga Guest Driver and sim-racing star Gordie Mutch in the Fanatec Praga Team 87 car. Fellow Praga Guest Driver Ben Collins had made a great start to avoid the incident, bringing his Team 85 Praga into third from the back of the grid. Collins set about catching Mutch as Foster built up a strong lead.

The pit window opened to see the 84 Bridle car of Idola Motorsport and the Mittell Cars car come in early to swap drivers, while the leaders stayed out. The Bridle twins would finish the race in 4th. Staying out to the very last second meant that when Mutch handed Goldie 2.0 over to Jimmy Broadbent, he emerged ahead of Miles Lacey, but, with warmer tyres, Lacey managed to take the lead back from Broadbent.

Further back in the field, the University of Wolverhampton Racing car, which suffered a technical problem after the race start, managed to join the race, albeit 13 laps down. With them able to make the flag, they finished eighth on track taking championship points back to the Midlands.

Meanwhile Lacey had increased the gap to Broadbent who was being caught by Charles Hall in the Mittell Cars Praga. Hall had already caught and passed Jay Morton (who finished 5th) and was making gains into the gap to Broadbent ahead, but a mistake at Island Bend saw him take to the grass. He managed to keep all four wheels pointing forward and kept his podium place, but missed out on challenging for second. Finishing third, Mittell and Hall take the lead in the Championship ahead of Round 3 at Snetterton in May.

Charles Hall, Mittell Cars, said: “I am really pleased to cut the gap. It’s a numbers game so a bit of consistency is good, it’s not always about outright winning, so if we’ve got a podium, good, but our aim is to be consistently on the podium, though we will take the wins when and if they come.”

Bringing Goldie 2.0 home in second, Broadbent drove a clean and consistent stint after taking over from Mutch. At the end of the race Broadbent said: “I was happy we had the consistency here, that’s why we ended up on the podium. To find the speed here to maintain P2 after an eventful start was the best we could have done today, as Miles and Tommy were in another league.”

For Lacey it was quiet at the front, and even a slide exiting turn one wouldn’t slow him down as he took the Idola Motorsport Praga home to a comfortable victory; earning himself Driver of the Day in the process. Saying post race that he was feeling “elated” and that it was “everything we wanted and more”, Lacey also had plenty of praise for the team: “The Idola crew has been so good this weekend, they’ve not put a foot wrong, and Tommy’s been fantastic; it’s been really spot on.” 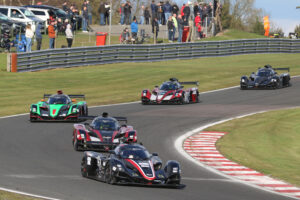 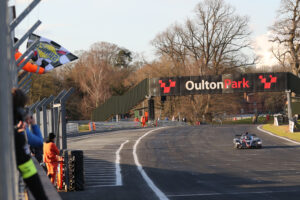 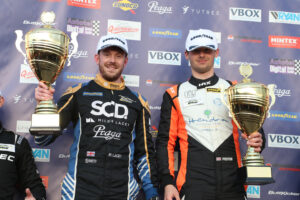 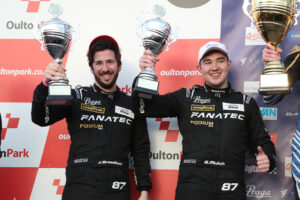 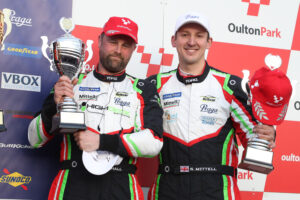