The launch of the Praga Cup 2022 at Silverstone Circuit was an unforgettable event and Round Two is already upon us.

RAW Motorsports‘ Rob Wheldon and Ben Stone will be defending their position at the top of the championship standings as the battle for podiums resumes at our home circuit, Oulton Park.

Here’s everything you need ahead of the weekend. 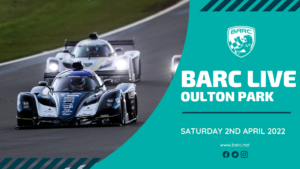 If you can’t be at Oulton Park, you can still enjoy all the action from the Praga Cup thanks to the BARC livestream, which will start at 12:45 on Saturday on YouTube.

For full access behind the scenes, from testing to qualifying and live race coverage, tune it to Praga’s Instagram Stories.

In case you missed it

Episode Two of the Project Praga documentary is out now.

Previously, in Episode 1, we met Praga’s Guest Drivers, Ben Collins, Gordie Mutch, Jay Morton and Jimmy Broadbent, as well as some of their Praga Cup 2022 rivals, as they prepared for the start of the championship.

Now, in Episode 2, we go behind the scenes at Round One of the Praga Cup at Silverstone where the competition begins. Taking on two, one-hour races over two days, the drivers face changing weather conditions and heavy competition as record numbers of R1 race cars take to the circuit.