As we head to Donington Park for the final two races of the Praga Category in the Britcar Endurance Championship, our latest YouTube mini-series sees drivers reflect on their performances over the season and, for some, their chances of winning the first-ever Praga race series.

The championship is still up for grabs heading into the final race and four teams are still in the running. Customer teams top off the standings with Chris Wesemael and Richard Morris currently leading the championship after an impressive run of results in the new 2021 R1. Richard Wells and Alex Kapadia sit only eight points behind the leaders, running the 2020 Britcar Endurance Championship-winning R1, well in contention for the coveted trophy. Factory Guest Drivers Jack Fabby and Charlie Martin need a strong performance, and maybe a little luck, but as we’ve seen throughout the season anything can happen and they still have their eyes on the prize. Last but not least the Bridle twins Chris and Ed will need at least a double-podium, and hope the other leaders all fail to score in both races, but will be pushing hard.

Those drivers still looking for their first silverware of the season will be giving it their all: virtually every driver this season has been close to scoring a podium, such has been the competitiveness of the nine R1s.

James Walker, aka MrJWW, and Miles Lacey, in the stunning Frank Stephenson-liveried Praga, came close to silverware at Silverstone, so will be looking to leave Donington trophies in hand.

Sim racer and YouTuber, Jimmy Broadbent is looking to conclude his first season of real world racing with a podium finish and reflects on his season to-date describing his delight and surprise at his abilities in moving from virtual to the real race tracks, whilst ex-Stig Ben Collins looks to celebrate his return to racing with a strong result. Last year’s Britcar Endurance Championship-winner, Jem Hepworth, will also be pushing for a podium.

Ash Dibden, meanwhile, has been offered an exciting new challenge with the opportunity to drive the final race solo, taking on two one-hour stints over the weekend. He proved his ability over one hour in the hot seat during the 2-hour endurance race at Silverstone earlier this year and will be a contender to upset the championship leaders.

Who will take home the championship trophy and will any drivers get their first taste of success on the podium? All is to play for this weekend at the final race of the Praga category in the Britcar Endurance Championship at Donington…make sure not to miss it. 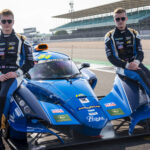 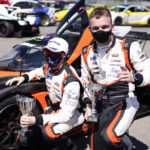 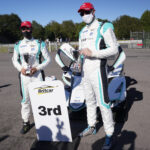 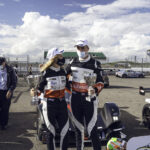